Modern technologies are penetrating every corner of human life and justice department is not new to it. On the same lines, Zhang Wen, president of Beijing Internet Court spoke about stunning results shown by employing these technologies in legal rulings.

In a seminar called the 2019 Forum on China Intellectual Property Protection, Zhang quoted that – “Of the 41 cases concluded so far, parties chose to settle out of court rather than litigate in 40 cases with compelling evidence from the blockchain. This fosters social credibility development in the country”.

Furthermore he added that,

In the current use of AI as an assistant to make rulings, efficiency is prioritized over accuracy. A human judge is ultimately responsible for the fair ruling. […] But we are heading toward a future when we can see an AI judge sitting at the podium.

Also, Zhang stated that Beijing court used blockchain in as many as 58 cases to collect and provide evidence.

This was not the first time the Chinese government turned to blockchain for settling legal disputes. Back in December 2018, an Internet Court in Hangzhou, Eastern China used the distributed technology for fighting piracy and help the online writers from protecting their copyrights. According to a judge at internet court – “blockchain guarantees that data cannot be tampered, due to its decentralized and open distributed ledger technology. Therefore, all digital footprints stored in the judicial blockchain system”.

Notably, the supreme court of China declared that – “Internet courts shall recognize digital data that are submitted as evidence if relevant parties collected and stored these data via blockchain with digital signatures, reliable timestamps and hash value verification or via a digital deposition platform, and can prove the authenticity of such technology used”.

These statements from legal authorities implies that any data which is stored or makes use of blockchain system to validate it can be treated as valid evidence for courtrooms.

What do you think of blockchain based judgement? Will it completely replace the humans judges in future? Share your thoughts in the comment section below. 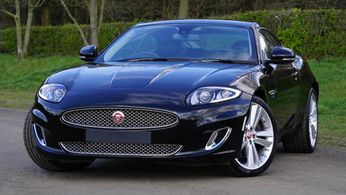