The crypto-specific provision that would raise $28 billion for the trillion dollar infrastructure package before Congress were so contentious it briefly held up the entire legislation.

The inclusion of a small tax on cryptocurrency transactions was just enough to hold up an important piece of much needed legislation from passing in Washington, DC.

Crypto advocates push for lawmakers to clarify the definition of "broker" and highlight how this provision could lead to stricter rules on transactions.

Initially, policymakers proposed a provision that would impose strict reporting requirements on digital assets in order fund the $1 trillion bipartisan infrastructure bill which is meant as an emergency measure until Congress can agree upon long-term funding solutions.

But crypto enthusiasts pushed back against these proposals citing they are unnecessary when cryptocurrency trading volume has been steadily decreasing over recent years due largely because major exchanges like Coinbase have implemented mechanisms such as KYC/AML policies requiring identification verification before opening accounts or cashing out funds from their exchange wallets into bank accounts so there is very little anonymity left with regards to using cryptocurrencies today.

The current status of Bill defines that,

Anyone who regularly provides services for transferring digital assets on behalf another person as a “broker,” which includes miners and developers—even if they don't charge fees or get paid with anything but cryptocurrency themselves.

Firstly, Senators Ron Wyden (D-Ore.), Pat Toomey (R-Pa.) and Cynthia Lummis D-Wyo., have submitted an amendment to exclude these groups from this legislation's broad scope by explicitly stating that mining and development does not fall under the category "brokers."

However on Thursday  Senators Rob Portman (R-Ohio) and Kyrsten Sinema's amendment to H 2118D which was submitted last week may not be enough of a change to make crypto investors feel more protected. This is because their proposal only changes the “broker” definition slightly while those within the space are demanding much stricter regulations with regard to cryptocurrency trading platforms like Coinbase or Poloniex who offer this type of service.

The essence of Second Amendment

Cryptocurrencies operate on different methods to validate transactions. One method is PoW, where miners solve complex puzzles in order for their transaction to be validated and enter the ledger system.

Another alternative cryptocurrency model attempts solving this problem by using proof-of-stake (PoS). The PoS relies upon how much coin you hold instead of processing power like mining does thus requiring less electricity or computing resources when verifying transactions across the network than other models such as Bitcoin's Proof-Of Work algorithm which validates blocks through costly computations .

New legislation just passed by the senate is less friendly for PoS software developers, operators etc., and would require any entity that handles more than $10,000 worth of digital currency to report it.

This could force many developers out of the U.S., Blockchain Association executive director Kristin Smith said in a statement. That means less innovation for crypto and an increased chance for investors to get hit hard with unforeseeable events like hacks or government regulations.

After the Senate adjourned, lawmakers will vote on amendments that could be made to the infrastructure bill. The passage of this legislation would then have a chance at being voted on by House members before it is finalized for committee review and debate. 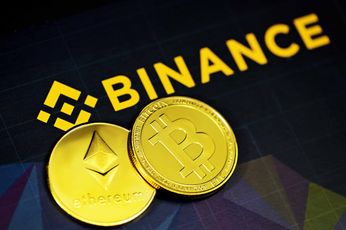 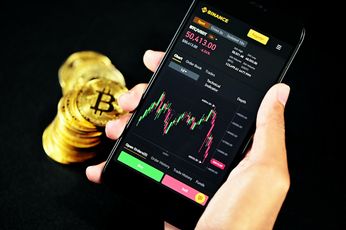