Most of the people are not well versed with cryptocurrency. That is why they are not able to easily figure out what is a cryptocurrency coin and what is a token. You need to keep in mind that coins and tokens are two completely different things. That is why, whether you’re looking to transact with the help of cryptocurrencies or whether you’re using them for paying some kind of bill or whether you’re looking to complete a function of the blockchain, it is important for you to always look at the difference between coins and the blockchain. When you are able to look at this difference, it will become easier for you to understand how you can decipher between both of them.

Definition of a coin:

Cryptocurrency Coin is an encrypted digital currency which can be used for payment. A cryptocurrency coin is divisible. It can be divided into smaller values. Also, the same denomination of the coin always has the same value. It is portable as well. It can be used various times. Also, in most of the cases, it is available in limited supply.

Tokens, on the other hand, represent assets or utilities. They are fungible and tradable. Also, creating a token does not require you to modify any kind of code or modify any kind of blockchain. That is why; creating tokens for the companies is much easier. The token cannot be divided into various denominations. The lowest possible denomination is one token. You cannot divide it any further. In many of the cases, tokens are built on existing blockchains like Ethereum blockchain. There are many other cryptocurrencies and blockchains which are offering the opportunity to create tokens as well.

The token can only be functional on existing blockchain. It requires a platform to work. The tokens can be of plenty of different types like: 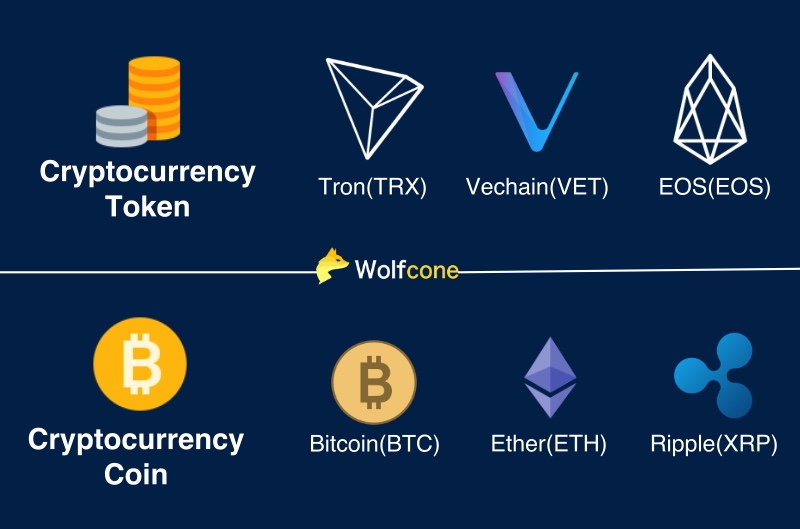 Thus, when you’re looking at the different tokens you will realize that they often represent something or the other. They work on only a particular blockchain and cannot be traded on other blockchains.

The next time around, you’re looking at investment opportunities in the cryptocurrency world; do make sure that you know the difference between coins and cryptocurrencies. When you are able to know this difference, thereafter only you will be able to easily invest in them. With the completion of national cryptocurrency development, Iran’s government is all set to make it official throughout the nation. Per local media reports, this crypto token is backed by Rial and can be used in major financial sectors of the country. It’s evident that recently many